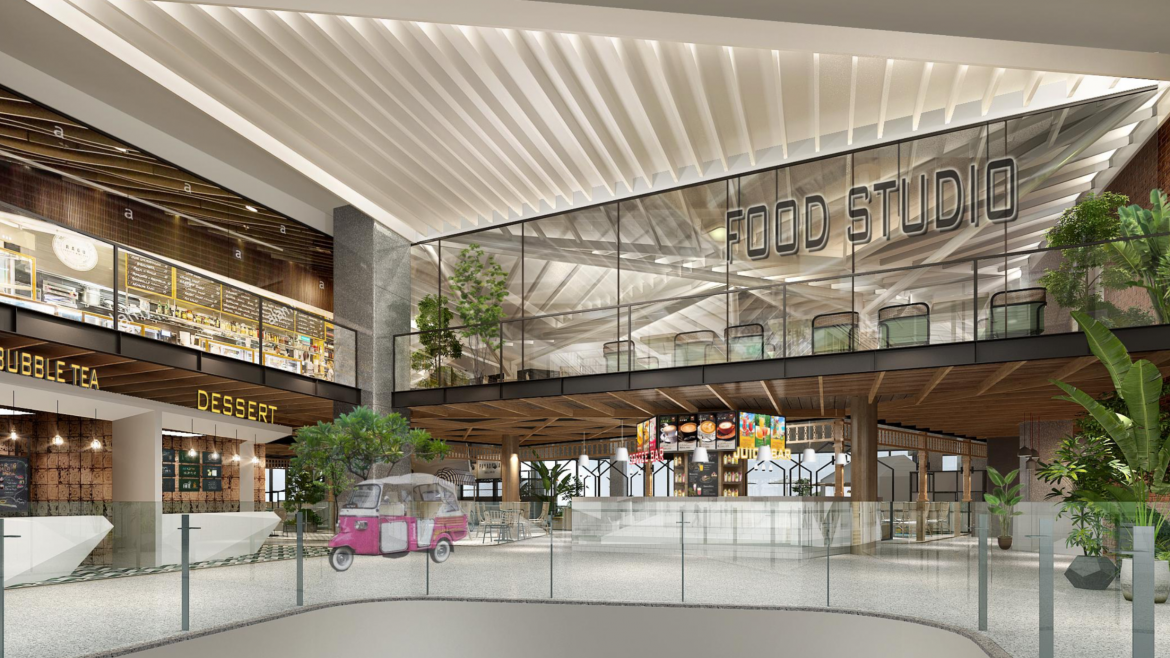 The grand opening of The Mall at Colombo City Centre in August 2018 is also set to elevate Colombo’s bourgeoning restaurant culture with the opening of Sri Lanka’s first food atrium by Food Studio. Located on the 5thfloor of the Mall, the space will host a number of different outlets specializing in food and drink from around the world, complementing The Mall’s offering of world-class retail and entertainment to uplift the urban fabric of Colombo.

“Colombo’s restaurant culture is flourishing,’ said Anand Sundaram, CEO of Colombo City Centre. “With Food Studio, we hope to add a whole new dimension to this unprecedented progress, giving the denizens of Colombo a unique, multi-cuisine experience akin to those you would find in some of the greatest capitals of the world.”

Food Studio has signed up an exciting combination of local favorites and international newcomers for the food atrium. Several Asian outlets that are set to open include China Street Food – serving authentic Chinese dishes cooked up by award-winning Chef Chen, Grub – a modern Singaporean homegrown family bistro, the Midah Sisters – named after the Malaysian sister-duo who specialize in Singaporean snacks, and “Shiok!” – the brainchild of Dinisuru Fernando, who wants to bring the iconic taste of Singaporean Chicken Rice to Colombo. In addition, the food atrium will also host the first Sri Lankan outlet of Oporto – an international Portuguese restaurant chain known for their signature flame-grilled chicken, and House on The Moon – a high-end dessert bar conceptualized by three-Michelin Star Chef, Juan Amador.

On the local front, residents of Colombo will already be familiar with names such as Isle of Gelato, Jagro and the Mango Tree, but will now also be treated to evolutions such as Fresh Intentions by Roots, Tokyo Shokudo from Tsukiji Uoichi, and Sumatran Spice by Far East Indonesia. Debuting with this mouthwatering list of local outlets will also be Teafarer, a luxury tea bar from the Akbar Brothers, Okra Kitchen by Ravi and Sepali – home-cook veterans who have now raised three award-winning chefs (including Rishi Naleendra, Sri Lanka’s first Michelin-Star Chef), and finally, Punch – a tropical island bar from Wine World that will be the ideal spot to watch Colombo’s stunning sunsets as you sip on cocktails above the historic Beira Lake.

A highly anticipated addition to the capital’s fast-developing skyline, Colombo City Centre is Sri Lanka’s first BOI-approved mixed development project, slated for completion in early 2019. The USD 180 Million joint venture between local retail giant, Abans, and Singapore-based Next Story Group is one of Sri Lanka’s largest foreign direct investments in recent times, and rises 47-storeys above the heart of the city. Honored as the ‘Best Mixed Use Development’ by PropertyGuru Asia, ‘Most Promising Mixed Use Development’ by CMO Asia, ‘Asia’s Greatest Brand’ by AsiaOne Magazine and ‘Upcoming Mall of the Year’ among several other accolades by the Golden Globe Tigers, Colombo City Centre is a multi award-winning skyscraper dedicated towards transforming Sri Lanka’s capital into a global metropolis with the first integrated lifestyle complex of its kind. This includes Sri Lanka’s first international mall with high-end brands, a 700-seat food court and 6-screen multiplex cinema, the upscale NEXT Hotel® with 164 keys, and 192 luxurious residential units designed to offer unmatched views of the city, Beira Lake, and Indian Ocean.