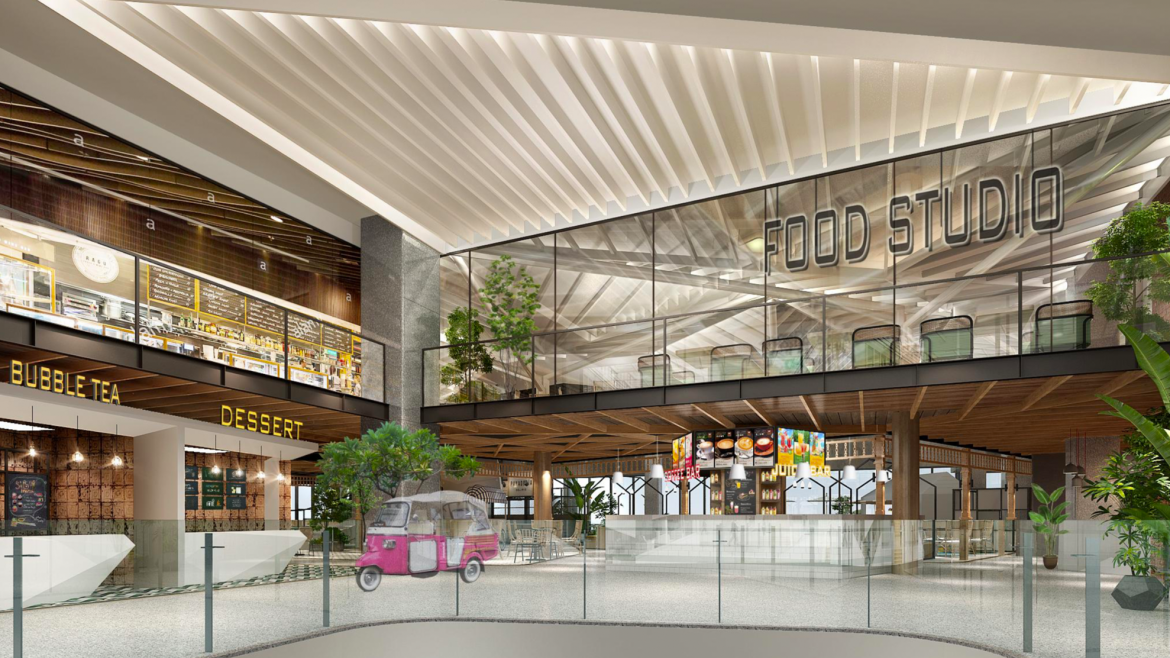 The Mall at Colombo City Centre is currently putting on its final touches before opening its doors next month. Following the early topping out of Colombo City Centre in April 2018, The Mall was fast-tracked for completion in August 2018, and is now set to welcome its first visitors to the country’s first integrated lifestyle destination of its kind. This also includes 16 high-end brands that will make their debut in Sri Lanka, along with the country’s first-ever gourmet supermarket and a multitude of other exciting features befitting of The Mall’s futuristic outlook. “We are ringing in a new age of lifestyle for the urban fabric of Colombo,’ said Anand Sundaram, CEO of Colombo City Centre. “The combination of world-class retail, international cuisine, and state-of-the-art entertainment will make The Mall on par with some of the best found around the world, offering an unforgettable experience that the denizens of Sri Lanka’s capital have long deserved.”

With 200,000 square feet of high-end brands spread over 5 floors, The Mall at Colombo City Centre will be Sri Lanka’s largest shopping destination. Foreign shopping trips are set to become a phenomenon of the past with the presence of several international names such as Apple, Body Shop, Nike, Swarovski and more available at a convenient location for the residents of Colombo. Several local brands such as Abans, Colombo Jewellery Stores, ODEL and Spa Ceylon will also be present at The Mall, alongside the specialty gourmet supermarket, which will be operated by Cargills Food City.

On one end of The Mall’s 5 th floor, Food Studio, Sri Lanka’s first food atrium, will feature several world cuisines including Indian, Japanese, Portuguese, Singaporean and Sri Lankan, in addition to an island bar that overlooks the historic Beira Lake. The other end will be home to Sri Lanka’s first multiplex cinema by Scope Cinemas, with 6 screens that use the latest technology and equipment to deliver an international-level experience found nowhere else in Colombo.

A highly anticipated addition to the capital’s fast-developing skyline, Colombo City Centre is Sri Lanka’s first BOI-approved mixed development project, slated for completion in early 2019. The USD 180 Million joint venture between local retail giant, Abans, and Singapore-based Next Story Group is one of Sri Lanka’s largest foreign direct investments in recent times, and rises 47-storeys above the heart of the city. Honored as the ‘Most Promising Mixed Use Development’ by CMO Asia, ‘Asia’s Greatest Brand’ by AsiaOne Magazine and ‘Upcoming Mall of the Year’ among several other accolades by the Golden Globe Tigers, Colombo City Centre is a multi award-winning skyscraper dedicated towards transforming Sri Lanka’s capital into a global metropolis with the first integrated lifestyle complex of its kind. This includes Sri Lanka’s first international mall with high-end brands, a 700-seat food court and 6-screen multiplex cinema, the upscale NEXT Hotel® with 164 keys, and 192 luxurious residential units designed to offer unmatched views of the city, Beira Lake, and Indian Ocean.