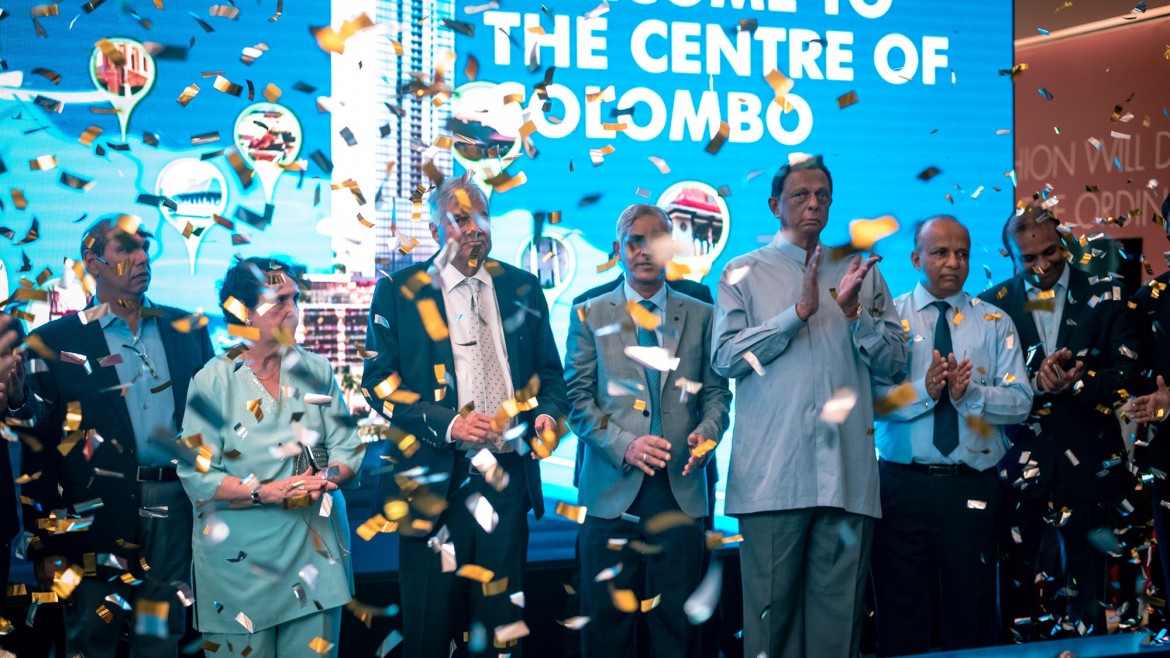 After months of preparation, The Mall at Colombo City Centre opens to the public today amidst an ambience of colourful celebrations. Conveniently situated by the historic Beira Lake at the heart of the city, the ultramodern lifestyle destination is billed as Sri Lanka’s first international mall, and is set to transform not only the lifestyles of contemporary Sri Lankans, but also the urban fabric of Colombo as it develops into one of the greatest capitals on par with the best in the world.

“This is a historic moment for Sri Lanka,” said Anand Sundaram, CEO of Colombo City Centre. “The denizens of Colombo have long deserved a world of cosmopolitan experiences befitting of the city’s urban renaissance. And today we are proud to celebrate these experiences with them as they come to life in the country’s first international mall.

Designed as the first integrated lifestyle complex of its kind in Sri Lanka, the Mall at Colombo City Centre will offer a world-class combination of culinary, entertainment, and retail experiences from 10 AM to 10 PM every day. From famed international brands to familiar local favourites, shopping at the Mall will mark a new era of retail for Sri Lanka with dedicated upscale outlets for names such as Apple, ALDO, Nike, Spa Ceylon and more. A multitude of food and beverage from around the world will also be on offer with several new restaurants opening alongside Sri Lanka’s first food atrium, featuring specialty eateries from Southeast Asia as well as a high-end dessert bar conceptualized by a three-star Michelin Chef among many other flavours to savour. Finally, Scope Cinemas will also eventually open 6 state-of-the-art cinemas that will be able to screen at least 25 movies daily.

A highly anticipated addition to the capital’s fast-developing skyline, Colombo City Centre is Sri Lanka’s first BOI-approved mixed development project, slated for completion in early 2019. The USD 180 Million joint venture between local retail giant, Abans, and Singapore-based Next Story Group is one of Sri Lanka’s largest foreign direct investments in recent times, and rises 47-storeys above the heart of the city. Honored as the ‘Best Mixed Use Development’ by PropertyGuru Asia, ‘Most Promising Mixed Use Development’ by CMO Asia, ‘Asia’s Greatest Brand’ by AsiaOne Magazine and ‘Upcoming Mall of the Year’ among several other accolades by the Golden Globe Tigers, Colombo City Centre is a multi award-winning skyscraper dedicated towards transforming Sri Lanka’s capital into a global metropolis with the first integrated lifestyle complex of its kind. This includes Sri Lanka’s first international mall with high-end brands, a 700-seat food court and 6-screen multiplex cinema, the upscale NEXT Hotel® with 164 keys, and 192 luxurious residential units designed to offer unmatched views of the city, Beira Lake, and Indian Ocean.

Your Brand. Our Mall.